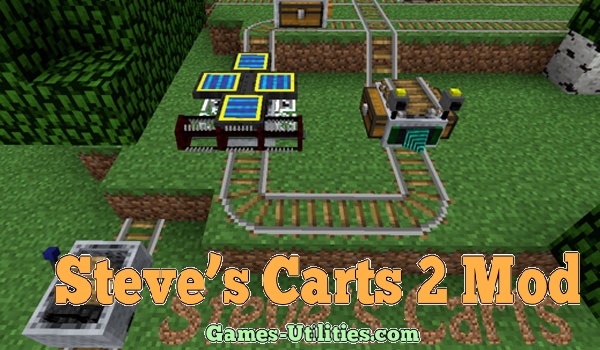 Steve’s Carts 2 Mod for Minecraft is a modular system in which you will lets you to build hundreds of carts and by combining the parts. It recreates the original Minecraft system and removes it limitations. You can create infinite number of carts using it. But, first you have to build cart assembler through it’s recipe then proceed with the cart system. It is a fun-to-play with mod and it supports multiplayer. The current Steve’s carts version is alpha 109 which works on Minecraft.

To get started building carts you should build a cart assembler.
Then you’ll need a hull of your choice as well as all the modules you wanna add.
Then you can just do so in the assembler.
You also need coal in the left hand slot of the two slots on the right.
The cart will be placed in the right hand one when it’s done.

How to install Steve Carts Mod in Minecraft: