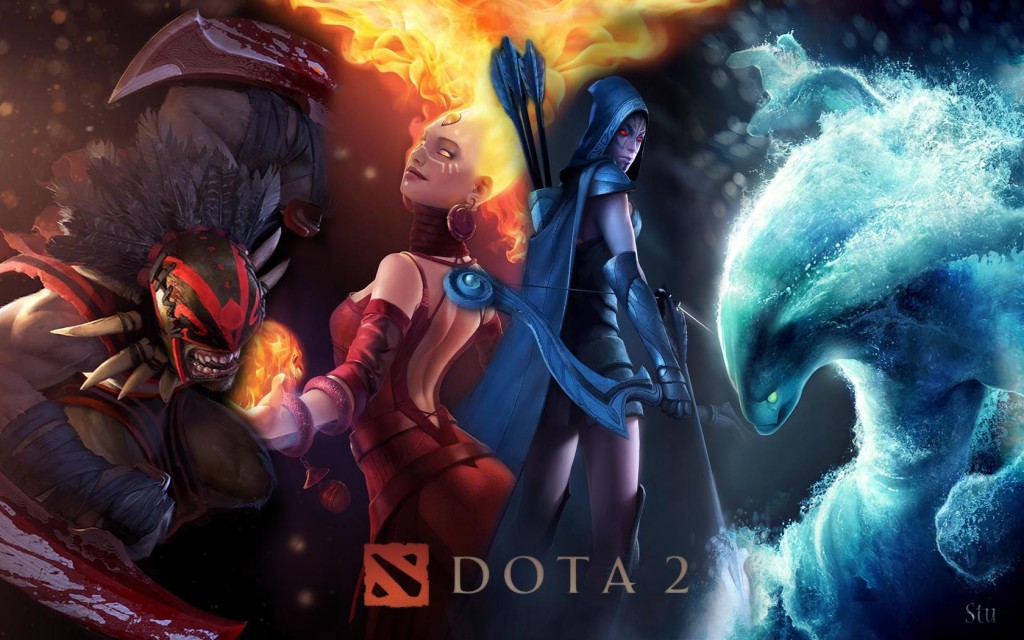 This blast was happen when gameinformer put a check on the Valve’s office and collect the information about the upcoming Valve Dota 2 game. Now the main developer (Icefrog) came into the scene and replies some of the important question which were being asked by the Dota fan community..

Q# 1 : Is there reconnect support for DotA 2?
A: This was actually one of the very first things we added early on, before the game was stable, in order to help with testing. You’ll also be able to have a friend of similar skill level substitute for you in case you have to leave. Players that want to improve their reputation in the game and community will also be able to help out by joining ongoing games that are missing players.

Q#2: Can I still play with my friends from America even though I am European?
A: Yes, a lot of people have friends in different regions and we want to allow them to easily interact. One of the things that makes DotA special is how big the community is, so we will do our best to make it easy to connect and communicate with one another.

Q#3: How are you going to handle delay and lag between players?
A: This is something we are putting a lot of time and resources into. Minimizing delay to servers, along with optimizing networking code, is very important to being able to enjoy DotA on both a casual and competitive level. We’re expanding the Steam infrastructure around the world so the matchmaking service for DotA 2 is able to provide the lowest possible ping wherever you are playing. There will also be some uniquely located servers that are optimized regionally for handling longer distance matches.

Q#4: What kind of hardware requirements will the game have?
A: We don’t have an official minimum spec just yet. The goal is to make sure that people with older computers and the PCs at LAN centers will be able to support the game, while also allowing for newer computers to scale well.

Q#5: I heard there was going to be an AI feature for when a player leaves. Is there going to be an option to take direct control of the hero?
A: The AI features will be optional to the players in the game. You can have teammates use it, send it to the base, or give it AI modes and behaviors to follow.

Q#6: Will there be anything like the AI maps in DotA or a “training mode” with difficulty levels?
A: Yes there will be bot support if you just want to play by yourself, or you can create a party of friends and fill the rest of the slots with bots. There are a variety of different settings you can use in order to configure the bots, ranging from selectable difficulty levels to specific behaviors that you want to practice against. For example, if you want to practice your lane control, you could configure the bots to be stronger at denying, last hitting, and harassing. We’ll also have some specially crafted challenge scenarios, similar to things like Pudge Wars, which I’ll elaborate on in the future.

Q#7: Will the replay system allow me to move freely backwards and forwards in time rather than having to watch a whole replay?
A: You’ll be able to jump around to any point in the replay, add bookmarks for easy referencing, view detailed stats and graphs while the game is going, and watch through a specific player’s view (with regards to their camera movement). You’ll also be able to watch replays with friends if you want to review a game or learn from your mistakes. To aid videomakers, the replay system will have flexible camera angle and speed controls. There will also be a bunch of commentating and editing features you can add to your replays.

Q#8: Don’t you think you should make a lot of changes to the gameplay?
A: Significant changes would not necessarily make it a better game. There are countless features we are building around the game that will make the experience a much better one. The gameplay itself, though, has always evolved step by step, and it will continue with that methodology. We consider this a long term project, in the same way DotA has always been. We want to provide a quality experience and not just change for the sake of change. You’ll naturally see additions and improvements to the game as time passes, but it would be a natural progression aimed at improving the game for the players and not for other arbitrary reasons. Valve and I strongly believe that the player focused development process the game has gone through is what will allow us to continue making the best decisions with regards to where we spend our development time.

Q#9: Can you spectate an already ongoing DotA 2 game?
A: A lot of the game will be built around spectating and shoutcasting support. You will be able to join most ongoing games (unless the players marked it as private) and just watch them. You can join a game your friend is in, see what your favorite clan is doing, or simply pick a skill level and a hero you like and it will find you one to watch. We also have a system in place that automatically distributes the load to multiple servers so that the game itself won’t be affected by users joining to spectate. Our distribution network will allow us to support any number of users that want to watch, by dynamically assigning more servers to the task. There will also be special tags and search options to help you find live or old shoutcasted games. Shoutcasters will be able to operate as directors, so anyone watching will have his camera looking at the same things the shoutcaster is viewing. There is also an optional anti-cheat mechanism built in so that the game you are spectating can be time delayed by any amount of time to reduce potential abuse.

Q#10: Will you keep loyal to casting times like Torrent and will it still be possible to do the advanced tricks, like animation canceling, fog of war tricks we’ve learned, etc?
A: Yes, those mechanics are implemented. They are a very integral part of the game and it wouldn’t feel the same without them.

Q#11: How will we manage replay files?
A: They will be automatically saved with your identity online utilizing the Steam Cloud storage system, so you don’t have to worry about losing them. You’ll be able to use the replay browser tools to search, sort, tag, rank, and favorite them.

Q#12: Are you going to work on DotA after DotA 2 is released?
A: I plan to keep DotA updated for as long as the community wants. That being said though, I think that DotA 2 represents the long term future for the game.

Q#13: How will development change with regards to your role, current beta testers, community feedback, etc?
A: All that stuff will remain the same, except that now I also get to work with the developers at Valve. All of our current playtesters and even contributors like Kunkka are helping. One of the most important things for me has always been getting input from the community. There will be a lot of opportunities, throughout the next year, to give your feedback on all the things we are working on, ranging from features to visuals.

Q#14: Are the upgraded graphics going to be distracting? New graphics are great, but when there’s too much, you can’t see what’s going on anymore.?
A: Gameplay is definitely the most important aspect, everyone on the team understands this concern. The number one priority is making sure players can quickly and easily tell what’s happening on the screen at all times. Fine tuning the right visual balance with each ability, effect, hero, etc., will be an ongoing process as the game is playtested and we get your feedback. A clean and understandable visual representation of the action is important to everyone from experienced players, spectators, to new players.

Q#15: Will I be able to help test DotA 2?
A: There will certainly be an opportunity to get involved with beta testing DotA 2 and help us with your feedback. We’ll release more information about how to sign up in the future.

Q#16: Are you going to do anything to make it easier for new players to get into the game and feel welcome?
A: Some of what makes it hard, in current DotA, stems from the lack of services around the game that can help foster a better relationship between players and that it’s hard for players to be matched up with equally skilled allies and opponents. Things like tutorials, matchmaking, AI bots, identity, coaching, and community contribution will go a long way to making it easier for new players to fit in.

Q#17: What hotkey setup will exist in DotA 2?
A: We have a few default templates that cover the most popular configurations, but you’ll also be able to fully customize them to your liking. You can customize it on a global level or on a per hero basis if you choose. The hotkey configuration will include everything, not just heroes and items, but also how you navigate in the game, control the camera, autocast, set control groups, etc. Your settings are saved to your identity online, so if you go to a LAN center you will not have to reconfigure your keys.

Although he answers most of the questions in brief manner but still most of the things aren’t cleared yet.

Will Valve’s Dota2 is free to play?

Can we play Valve Dota 2 on LAN?

Will Icefrog keep updating Dota as he updates Dota nowadays?

These are some questions which needs an answers and we are sure that Icefrog will come up with a better reply next time.  Stay tuned for the next updated from Icefrog. Keep coming here to face the latest attraction..