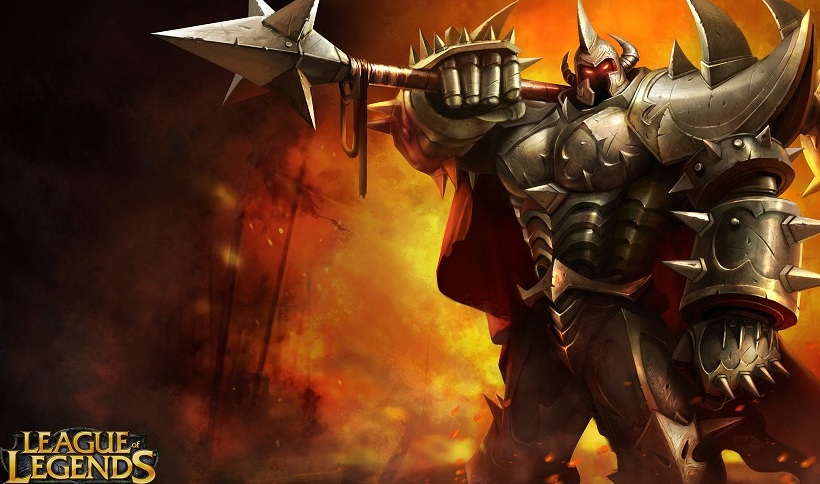 Riot games has rolled out another update in which they include a new Champion Darius. The new Champion is ready to rock the party this week. The focus of Riot Games was usually towards the healing of some bugs and errors which were detected in the previous patch. Along with it they tried to provide a smooth environment for the strategy based game lovers. So guys have fun playing with Darius…

Normal draft has changed so that premade groups are not prioritized over solo players
Solo players have a 20% chance of being the team captain with banning powers and first pick, regardless of the premade status of the rest of the team
If a solo player is not team captain, the player will be given a random slot in the pick order
If players group up before a game, their host absorbs all of their chances, i.e. the host of a 4-man premade has an 80% chance to be captain
Ranked Solo/Duo Queue
The Free to Play rotation has been removed from Ranked Solo/Duo Queue
Unlocked Champions that appear on the Free to Play rotation will still be playable
You may now rename your buddy groups by double-clicking the name of the group
Fixed a bug where some buddies would appear to be level 0 with no information
Fixed a bug where the sound at the end of Champion select would play too loudly
Fixed a bug where swap offers in Champion select would persist into your next game

Hemorrhage (Passive) – Darius aims his attacks strategically, causing his target to bleed. This effect stacks up to five times.
Decimate – Darius swings his axe in a wide circle. Enemies struck by the blade take more damage than those struck by the shaft.
Crippling Strike – Darius’s next attack severs a crucial artery. As the target bleeds out, their movement and attack speeds are slowed. Crippling Strike’s cooldown is lower the more bloodied the target.
Apprehend – Darius hones his axe, granting him passive armor penetration. When activated, Darius sweeps up his enemies with his axe’s hook and pulls them to him.
Noxian Guillotine (Ultimate) – Darius leaps to an enemy Champion and strikes a lethal blow, dealing true damage. This damage increases for each stack of Hemorrhage on the target. If Noxian Guillotine is a killing blow, its cooldown is refreshed.

Rupture
Added red/green rings to indicate which targets will be affected
Launch delay reduced to 0.65 seconds from 0.7 seconds

New textures across the entirety of Summoner’s Rift
Changes to the color palette to differentiate the upper and lower jungles from one another
A new shopkeeper has arrived to service all your Champion’s item purchases
New animations on many monsters including the Ancient Golem, the Lizard Elder, and Baron Nashor
HUD now displays the number of creeps you have killed
Minimap has improved so that map icons and player icons display more clearly
Significantly improved game performance on low end machines and at lower quality settings
Improved the visual quality of the in-game HUD

Towers will now alert you with a tone and a particle when you are being targeted
Added a confirmation dialog for the quit button in champion select for Custom Games
All spells attempted to be cast while crowd controlled (stunned, snared, etc) will now cast immediately at the end of the effect
Improved particle scaling on characters like Dragon or Baron Nashor
Fixed a bug where players could not spam emotes to their heart’s content
Fixed a bug where units would remain highlighted after death
Fixed a bug where inputs made while the shop is open would translate onto the battlefield (unintentional pings, pathing, etc)