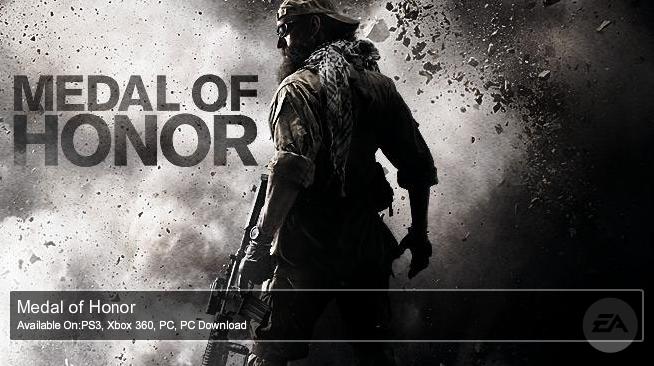 Medal Of Honor Free Beta Account. After a long wait EA Games is releasing Medal Of Honour this October. Millions of Medal Of Honor fans are desperately and eagerly waiting for this game to release. The Official release of this game is 12th October 2010.

The Official multi player beta will starts from 4th October 2010 Worldwide. We hope Medal Of Honor fulfill the expectations of the players. Some information about the beta release in written below check it out.

Medal Of Honor beta includes two modes and a couple of maps. Both maps feature 12 vs. 12 player limits for a total of 24. The Kunar Base map includes the Sector Control multiplayer mode where the two sides fight to control sector points. Shahikot Mountains map includes the Combat Mission mode where players battle through a series of objectives against the enemy.

So have fun playing Medal Of Honor this October and keep visiting here to check the latest updates.