DotA 6.77c AI 1.4c Rev2 map has been released by DotA AI Team. This is the sub-version of previous v1.4c AI which fixes many bugs and discrepancies found in earlier release. Also, it has several improvements such as, Bots can now use Sentry ward, better chasing mechanism, updated item builds.and tweaks. 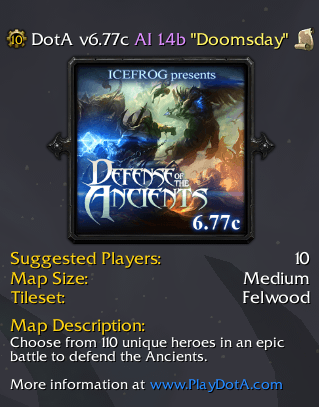